Here are news items from your credit union.

In a move that runs counter to the upward trend of interest rates, 1st Cooperative Federal Credit Union will reduce interest rates on loans for new automobiles effective July 1. Meanwhile, dividend rates on certificates will increase, a move sure to be welcomed by savers.

“Members are looking more closely at new vehicles as the cost of used vehicles has increased,” said Ashley Beach Reid, COO of the credit union. “We’re trying to make those purchases easier, even though it goes against the tide of most financial institutions.”

Rates for new-vehicle loans will drop to as low as 3.29% annual percentage rate (APR). There’s a range of rates based on a member’s credit qualifications, but even the highest rate has been lowered — to 14.79% APR.

The credit union’s board of directors approved the rate changes at its last meeting.

While members need to call the credit union (803-796-0234) to purchase savings certificates, they can begin the loan application online at www.1stCooperative.com/resources.

Membership in the credit union is open to electric cooperative employees, trustees, and families including spouse, children, grandchildren, parents, grandparents and siblings. To join, click here.

Special interest rate will save money on credit card debt

Members will pay no transfer fee and get the lower rate when they transfer balances from retail store cards or those from other financial institutions.

“We know from experience that the 6.99% rate will ease the burden on a lot of people,” said Ashley Beach Reid, the credit union’s chief operating officer. “Faced with financial pressure brought on by holiday shopping, many electric cooperative employees and their families will be searching for relief.”

Members who already have a 1st Cooperative Visa Platinum can make transfers beginning on February 1 to take advantage of the special rate. Non-members have plenty of time to join, apply for a Visa Platinum and then make their transfers from other cards. Credit union membership is open to electric cooperative employees, trustees, and their families, who include spouses, parents, grandparents, children, grandchildren, siblings, and in-laws (with step and adoptive relationships included).

“The savings can be huge, especially if someone is paying the 18% to 29% charged by some other cards,” Beach Reid said. “The special rate is good for the life of the transferred balance—until it’s paid off—and there’s no fee to make the transfer. You don’t see that too often”

A personal story of honor for Veteran’s Day 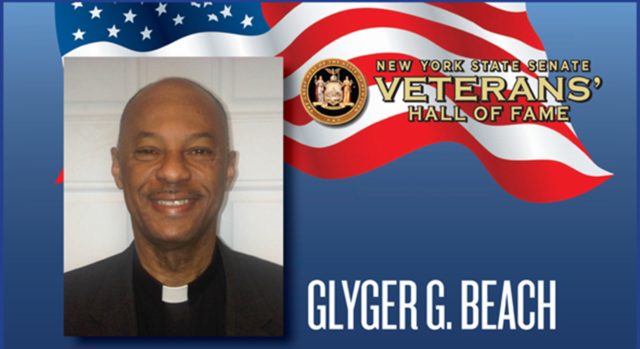 I would guess that 1st Cooperative members are patriotic people who find important meaning in Veteran’s Day, November 11. Many of us have a personal reason to pause with appreciation.

My reason is my father, the Reverend Dr. Glyger G. Beach, a retired colonel and chaplain of the U.S. Army Reserve. He immigrated to America from St. Vincent and the Grenadines, an island country in the Caribbean, seeking a better life for his family. He later became a chaplain in the Army Reserve. We were proud to know he was recognized with a Bronze Star, Meritorious Service and Army Commendation medals, an Army Superior Unit Award and a Global War on Terrorism Expeditionary Medal.

When my siblings and I were concerned that he could be risking his life in Iraq, he responded by proudly saying, “When I go, and if I die, tell anyone and everyone that I willingly gave my life in service to God and the United States of America.” We were thankful that he came home safely. That’s him in the photo receiving the Veterans Hall of Fame Award from New York state Senator Kevin Parker. Though my father has held many titles over his lifetime, I value the title ‘Dad’ the most. Today, however, I appreciate his title of Veteran of the U.S. Army, and I salute you, your family members and friends if that title applies to you.

For all those who have served in the military, we at 1st Cooperative thank you.

“I bought my car from a vending machine” (October 2021 newsletter)

1st Co-op can be your “personal banker” (September 2021 newsletter)

When Anna needed a new car, her brother-in-law Kenny, a co-op employee, recommended 1st Cooperative, where family members of co-op employees can join, too. She opened her account and bought a new vehicle the same day. Then, for the double-win: While applying for the car loan, she also got a debt consolidation loan and is paying lower overall interest.

That’s great news, Anna, like the information you’ll find on this page.

These instructions apply only for your first time logging on to our new Online Banking system after September 2.