Here are news items from your credit union. 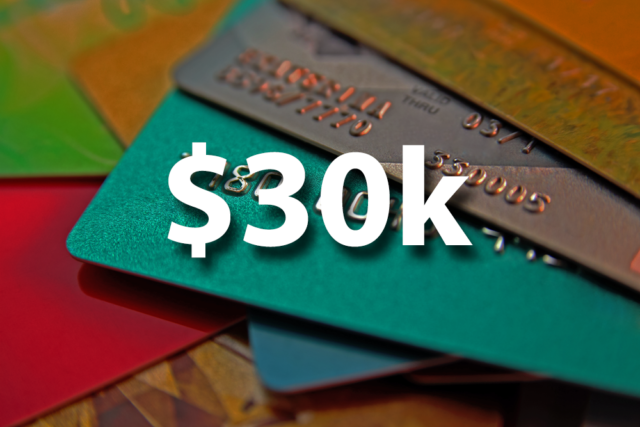 Members saved almost $30,000 over the past three months as they transferred balances to Visa Platinum credit cards from 1st Cooperative Federal Credit Union.

“We had a member who was paying 26.99%. That’s an outrageous rate, especially when your credit union can do so much better,” said COO Jo Ann Burnside. “This is real money. It’s impressive every time we offer this special 6.99% transfer rate.”

Balances totaling almost $113,000 were transferred since February 1 from other cards to existing and new 1st Cooperative Visa cards.

The lowest rate being paid by a member who made a transfer was 10.45%.

The special transfer rate ended on April 20, but even regular 1st Cooperative Visa Platinum rates can be as low as 8.5%.

“We wanted our members to have a great credit card that is free and easy to use, has lower interest rates and provides a generous awards program,” Burnside said.

The Visa® Platinum delivers. There is no annual fee to use the card, no cash-advance fee at any financial institution or ATM displaying the Visa logo, a grace period of 25 days interest-free on all new purchases, and online access to review accounts and make payments online. Plus, there are generous rewards for every dollar spent for purchases. Members earn points that can be redeemed for hotels, airline travel, electronics, gift certificates and more.

Credit union, in its 50th year, defies coronavirus with growth

The national economy may have slowed in 2020, but the coronavirus pandemic didn’t stop the demand for services by members of 1st Cooperative Federal Credit union. The credit union reported continued growth at its 2021 annual meeting, held March 30.

The credit union’s assets increased by $1.3 million in 2020 to a total of $19 million, according to a report given by board Chairman Keith Avery. Loans held steady at $14 million.

“I want to encourage you to continue to spread the word on the benefits of being a 1st Cooperative member to your co-workers and your family members,” said Keith Avery, board chairman. “These days, you can do all your banking with 1st Cooperative.”

The credit union, chartered in 1970 as the South Carolina Electric Cooperative Employees Credit Union, celebrated its 50th anniversary at this year’s meeting.

More than 50 years after 1st Cooperative Federal Credit union was chartered, six of the first people to join are still members, and two of them attended the 2021 annual meeting.

Within two months of the credit union’s start in 1970, Virginia Salley and Jean Koon were among several dozen people who had joined. They were recognized on March 30 during the credit union’s 2021 annual meeting as it celebrated its Golden Anniversary.

Gasoline was 36 cents per gallon in 1970, the average price for a new home was $23,600, and electric cooperative employees were looking for a consumer-friendly financial institution to serve them. South Carolina Electric Cooperative Employees Credit Union was chartered on April 20, 1970, and by the end of June, 79 employees had joined.

Eleven electric cooperatives and the statewide association were represented at the first organizational meeting, according to the credit union’s meeting minutes. Attendees established the number of board members, appointed the secretary and voted on other organizational matters.

In the year 2000, the credit union got a new name — 1st Cooperative Federal Credit Union — and began offering checking accounts and ATM cards.

The credit union welcomed 155 new members in 2020, and 85 were family members of co-op employees or trustees. Almost 2,500 employees, trustees and their family members enjoy 21st century banking services from an institution and people they know.

“We appreciate you passing the word about your exceptional credit union experience to your family members,” Board Chairman Keith Avery told the audience attending the annual meeting, held online due to the coronavirus pandemic. “Parents, grandparents, kids, grandkids, brothers, sisters, in-laws — they all can join, and, clearly, many of them are.”

Reid saved by switching; you can, too (April 2021 Money Talk)

Credit card users will get some relief from rising minimum payments and huge credit card debt starting February 1, thanks to a limited-time offer of lower interest rates.

Faced with financial pressure brought on by holiday shopping, many electric cooperative employees and their families began searching for relief. They will find it in a 6.99% annual percentage rate offered by 1st Cooperative Federal Credit Union.

No matter what credit card they use—store cards or those from other financial institutions—employees, trustees and their families can get 1st Cooperative’s low rate.

“We know from experience that the 6.99% rate will ease the burden on a lot of people,” said Jo Ann Burnside, the credit union’s chief operating officer. “Anyone who is eligible to join the credit union can transfer balances to a new or their existing 1st Cooperative Visa Platinum card.”

The special rate is not offered every year, but dozens of people—new and existing members—take advantage of the offer when it is advertised.

“The savings can be huge, especially if someone is paying the 18% to 29% charged by some other cards,” Burnside said. “We try to make the transfers easy by removing fees on the transfers and giving members the special rate for the life of the transferred balance—until it’s paid off.”

The balance transfer special will be offered between February 1 and April 20, 2021. Members who already have a 1st Cooperative Visa Platinum can make transfers now. Members and non-members can learn how to apply here or by calling 803-796-0234.

Credit union membership is open to electric cooperative employees, trustees, and their families, which include spouses, parents, grandparents, children, grandchildren, siblings, and in-laws.

When Anna needed a new car, her brother-in-law Kenny, a co-op employee, recommended 1st Cooperative, where family members of co-op employees can join, too. She opened her account and bought a new vehicle the same day. Then, for the double-win: While applying for the car loan, she also got a debt consolidation loan and is paying lower overall interest.

That’s great news, Anna, like the information you’ll find on this page.